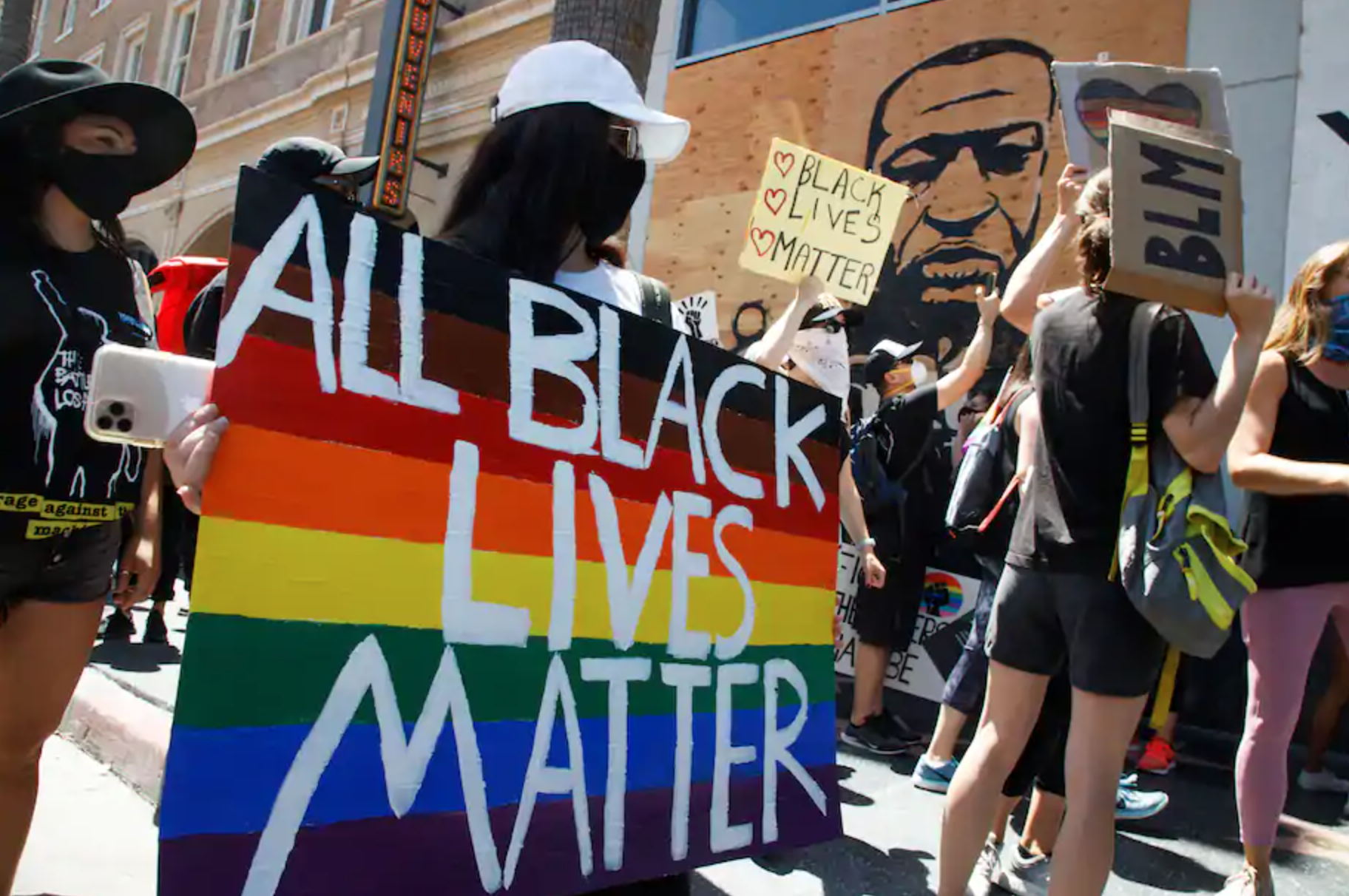 For the hundreds of protesters who marched in Los Angeles, the demonstration was an opportunity for solidarity and celebration. Marchers sang the names of Riah Milton of Ohio and Dominique “Rem’Mie” Fells of Pennsylvania, two black transgender women killed by police this month.

“We are looking forward to drawing visibility for change for many black LGBTQ individuals,” said Gerald Garth, march organizer and board treasurer of Christopher Street West, an organization behind LA Pride. “Many folks fight racism within the LGBT community and many black people fight homophobia and transphobia within the black community.”

Sunday’s march was an effort to blend Pride Month with the Black Lives Matter protests against racism and police brutality that have swept the country since George Floyd was killed in Minneapolis when a white police officer knelt on his neck for nearly nine minutes.

But the effort to bring these issues together highlights the challenges of coalition-building.

In early June, Christopher Street West decided to plan an LGBTQ for Black Lives Matter protest. Soon after, news broke that CSW hadn’t directly reached out to BLM leadership. CSW leadership largely blamed the communication lapse on fast-moving pieces. But critics accused the group of trying to co-opt the BLM movement. They also attacked CSW’s decision to apply for a protest permit from the police, which they said was antithetical to the movement’s call to defund the police.

Additionally, the controversy exposed a long-standing rift between the white members of the LGBTQ community and people of color, who have long felt that pride events haven’t been inclusive to individuals of color, especially events held near L.A.’s predominantly white West Hollywood community.

Jasmyne Cannick, an L.A.-based race issues commentator, pointed to LA Pride’s removal of the hip-hop tent at last year’s parade as an example of the silencing of diversity within the community. “This moment and movement for Black lives will not exclude the white LGBTQ community’s decades of anti-Black actions and culture of white supremacy. They do not get a pass. They will not co-opt this movement,” she tweeted.

Other critics have said that the pride parade is too corporate and focused on aligning with business interests. Christopher Street West felt that ire when it tried to rebrand LA Pride into a multiday music festival in 2016, raising ticket prices and limiting the number of free events.

“BLM has a clear, concise demand that we defund the police,” said Ashley Marie Preston, a transgender woman and civil rights activist in Los Angeles. “That was what the clear message was, and instead it somehow got watered down with rainbows and the angry, white righteousness that typically tends to take up space and silence black lives.”

In response to the criticism, CSW stepped aside. Instead, Sunday’s march was organized by an advisory board created specifically for the event.

“When you talk about Black Lives Matter it puts everyone under one roof, but it silences the voices of those who don’t have the freedom to choose” who they want to love, said Sammie Haynes, an adviser for the march and pastor at Vision Church Los Angeles. “Not only [do I] as a black man matter, but also my choices matter — All black Lives Matter but we must raise our voice that the black choice matters.”

Many attendees said they were aware of the split in support surrounding the march but still felt the need to come out to support the cause.

“It’s our time to fix this. It’s our time to step up, to do the right thing, make changes, encourage people to help, and more importantly, to listen,” said Joe Keenan, 50, who held a sign that read “White people, time 2 work.” “It’s a learning experience for people, myself included, to listen to our black and brown brothers and sisters.” 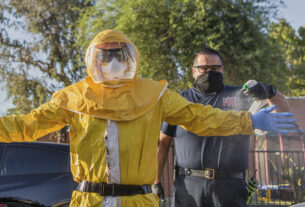