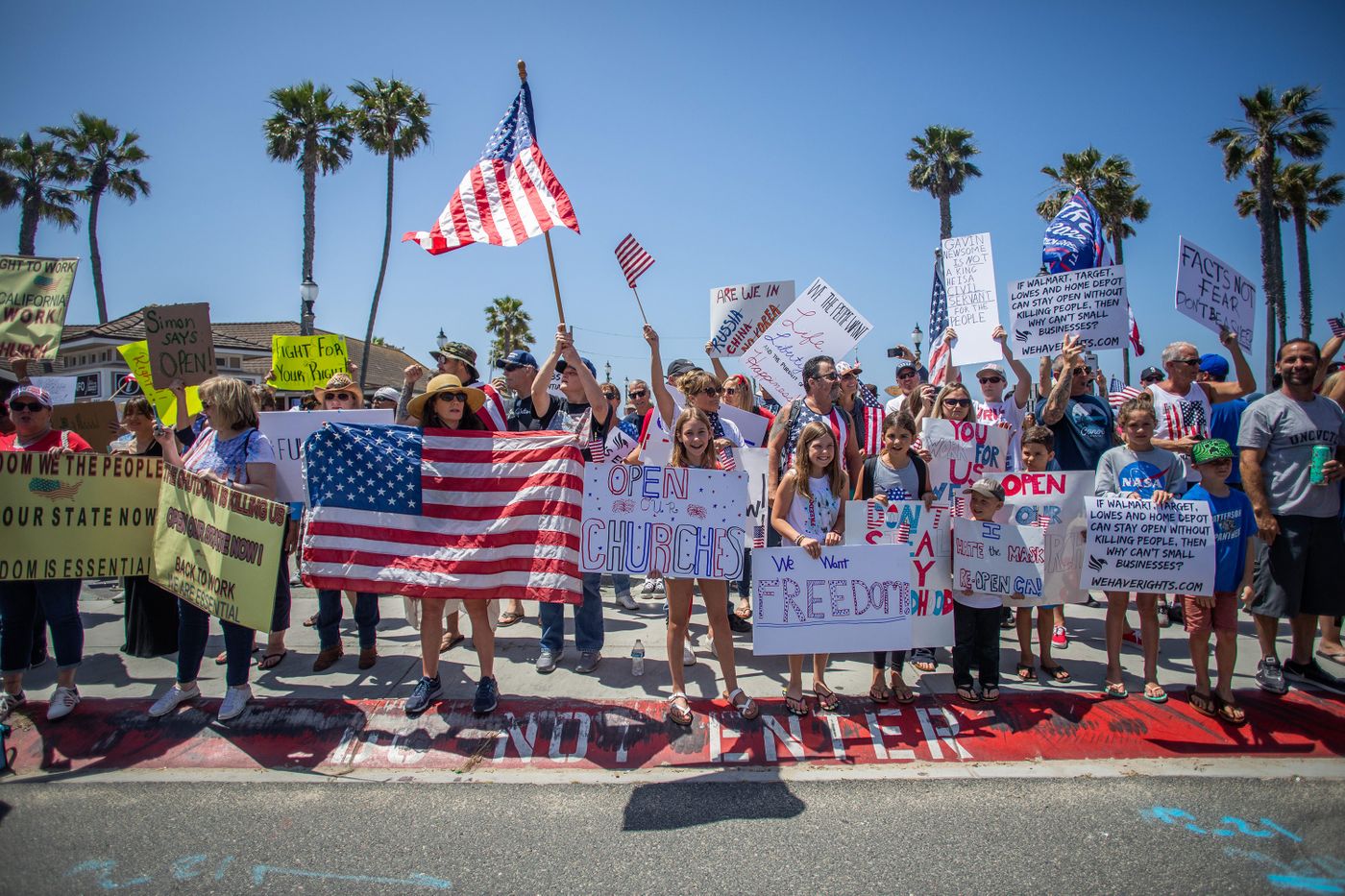 As California emerged from a statewide lockdown due to the coronavirus earlier this year, the top Republican in Orange County made a novel argument against wearing masks to protect against COVID-19.

“[CDC guidelines say] don’t put masks on dogs or, you know, your pets,” said Michelle Steel, the Republican chair of the Orange County Board of Supervisors. “That means this is a species discrimination. Because if it’s not healthy for the dogs, it’s not healthy for us to be wearing it.”

Orange County may be in a heavily Democratic state, but it has been a torchbearer for national Republican anti-mask sentiment. Steel was speaking the day after the ritzy county’s chief public-health officer was driven from office over a mask mandate she had ordered. In Newport Beach, locals decorated their yachts with Trump campaign paraphernalia and organized a boat parade challenging the order. Protesters in Huntington Beach took to the boardwalk in board shorts, holding signs equating a mask mandate to a civil-rights violation. “This is not Nazi Germany,” one sign read, while another called COVID-19 a “test run at socialism.” They demanded businesses reopen.

The backlash is powering Steel’s challenge to incumbent Democratic representative Harley Rouda for a congressional seat in the state that launched Nixon and Reagan. In 2018, Democrats, including Rouda, swept all of Orange County’s congressional races. The lesson wasn’t lost on Republicans across the state who are distancing themselves from Donald Trump and his own anti-mask stance in competitive districts they hope to retake this year. But Steel is digging in, attacking Rouda for “politicizing” the pandemic and for his close allegiance to Democratic governor Gavin Newsom, who orchestrated the statewide mask mandate. It appears to be working: Polling from RealClearPolitics and The Economist shows the race is a toss-up.

“For a variety of reasons, I think Republicans feel like it is demographically as well as historically an opportunity to win it back,” said Lanhee Chen, former policy director to Mitt Romney’s 2012 presidential campaign. “I think COVID has really animated the reaction. Certainly, I think it’s motivated some elements of the Republican and conservative base in particular.”

After Steel beat out two other Republicans for the GOP nomination in March, she went hard against masks and drew applause for her stance from crowds that showed up at Board of Supervisor meetings while the county considered a mask mandate in late May.

“Mandatory wearing masks, how are you going to make people wearing those [while doing] sports? You know, people are jogging, they’re bicycling, they’re throwing balls with their family members,” Steel said to a county health advisor at one meeting. “You’re a doctor. You know it’s more dangerous, actually, you wearing a mask and then you run.”

That’s false, of course, but Steel’s message was a winner among key voters.

“I think a lot of those coastal communities in particular were very adamant about their ability to make local decisions, rather than having a sort of statewide mandate,” said Chen. “[Steel] wanted to be involved in that debate because it was frankly the single biggest public-policy debate that we’ve probably had this year and clearly is on voters’ minds.”

Steel’s campaign did not respond to requests for an interview. And now that the candidates are in the final leg of their campaigns, Rouda is looking to make sure Steel’s record on masks will come back to haunt her.

“I think it’s a challenge for Michelle Steel because she has embraced the anti-maskers. And again, that defies science. It defies what the CDC guidelines have said; it defies what the head of the CDC has said that we should do to protect our health, protect our neighbors, protect our economy, and allow us to get back to something closer to normality,” Rouda told Intelligencer. “And I actually think it hurts her.

The “anti-maskers” have aimed most of their vitriol at Dr. Nichole Quick, the former chief public-health officer who issued the county’s mask mandate in May. Many residents tied Quick to Newsom, who won Orange County by just one percentage point in his 2018 gubernatorial race and has become the main target of anti-mask rhetoric in the state. “You are now allowing Nichole Quick, county health officer, to implement strong recommendations of the wearing of masks in public on the residents and visitors of Orange County, simply to appease a snot-nose brat in Sacramento,” one community resident told Steel and other supervisors at a May board meeting.

That was nothing compared to the caller who, during the public-comment period, gave out Quick’s personal address and threatened to show up at her home. That was enough for Quick, who resigned days later. The county agreed to pay her $75,000 in severance in exchange for her agreeing not to disparage any officials. She was the third county health officer to leave the post since the beginning of the pandemic. Two days after Quick’s resignation, the new county health officer reversed the mandate, making masks only strongly recommended. This act drew ire from Newsom, who, a week later, announced a statewide mask mandate as a way to avoid the kind of political jockeying that had played out in Orange County. The county sheriff refused to enforce this order, however, echoing Steel’s arguments that mask wearing is a matter of personal responsibility.

By July, the number of district residents infected with COVID-19 began to rise, causing businesses to shutter once again. At that point, Steel slightly changed her message on masks. Her campaign began posting tweets showing her wearing her own branded face coverings, asking people to voluntarily wear them and socially distance. Still, Rouda blames Steel for the outbreak. “Michelle Steel has consistently downplayed the importance of wearing masks, even flip-flopped on it,” he said. “Her removing the mask mandate we had in Orange County has literally cost people their lives and their health.”

Steel has pushed back on the blame: In August, her campaign blasted Rouda for making the pandemic political.

“Accomplishing what many thought impossible, Congressman Harley Rouda sunk to a new low on social media by posting a sickening tweet using the death of 32 Orange County residents as a political weapon against Michelle Steel,” a post on her website read.

For his part, Rouda is also running on the pandemic issue, albeit in a different way, by campaigning to preserve the Affordable Care Act’s protections for preexisting conditions, such as COVID-19. His goal is to paint Steel as a Trump stooge and himself as a moderate in a district that’s slowly becoming more Democratic. After going for Romney in 2012, it went narrowly for Hillary Clinton over Trump in 2016. Two years later, it sided with Rouda against the unpopular, pro-Russia Republican incumbent Dana Rohrabacher.

“If Rouda is not successful. It’ll be because he wasn’t able to tie Steel closely enough to Trump. If he does win, it’s because he was able to staple her to him,” said Dan Schnur, a California-based political strategist who served as the national communications director for Senator John McCain’s 2000 presidential bid.

Steel has made no apologies for her anti-mask position and hasn’t moved to create any distance between herself and Trump. While she needs to walk the line to keep from alienating Republicans who have turned sour on the president, experts say she has an advantage because her district has more registered Republicans than Democrats. That means her campaign may eke out an edge simply because she has an R next to her name on the ballot.

“There’s no question that Orange County’s become much more ethnically and economically diverse over the years, but this district is one of the last bastions of that older Orange County,” said Schnur.

Steel’s background is perfect for the Californian Republican voter: She’s a Korean immigrant who first came to California for college, and she holds traditional conservative positions on immigration, abortion, and gay marriage. She’s also firmly a part of the GOP Establishment; her husband and business partner is the former chairman of the California Republican Party. Steel was elected to the county Board of Supervisors in 2014, and Trump appointed her to the President’s Advisory Commission on Asian Americans and Pacific Islanders last year.

“I think her bio lends itself to real California Republicans, who often say, ‘No, listen, we are, you know, we’re not like national Republicans. We do want women at the table. We do want our daughters at the table. We do believe in this, you know, progressive way of thinking in terms of representation and the stories of the immigrant story, but we’re very business,’” said Amanda Renteria, former national political director for Clinton’s 2016 presidential campaign and former chief of operations for California attorney general Xavier Becerra.

Strategists say the congressional race may ultimately come down to who can best walk the fine line between holding their base and not alienating too many anti-Trump voters — whether they be Democrats or Republicans. “So that’s why I think at the end of the day it probably all comes out in a wash, which is why it’s going to be a super-close race,” said Chen.

This race is also getting super-ugly. The California GOP in October purchased and placed unofficial ballot drop boxes in tight congressional districts, including Rouda’s. A regional field director with the state Republican Party in Orange County tweeted a photo of himself holding a vote-by-mail ballot promoting the drop boxes. In the tweet, he said he was voting for Steel and wore a mask with her name on it. Republicans argue that the boxes are a legal form of “vote harvesting,” while Democrats call the tactic a dirty trick. Rouda says it’s illegal and blames Steel.

Her campaign blasted Rouda for “suppressing” the votes of churchgoers and minorities because many of the boxes were placed near houses of worship. Renteria, the Democratic consultant, said the GOP must be concerned with Steel’s chances to resort to such tactics. “A gimmick like that in a tight race really does make a difference,” she said. “And so for me, when I saw that, I said, ‘Well, maybe [Republicans] aren’t quite as confident in these areas where they thought that they had a strong enough base.”

With the race so close, the outcome may depend on whether Steel’s anti-mask-mandate position wears thin as California enters a second wave of the pandemic and the nation its third — an all too familiar bet for many Republican candidates trying to win elections across the U.S.

He added, “But, you know, I think even they would admit it’s going to turn some people off.” 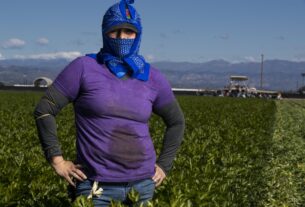 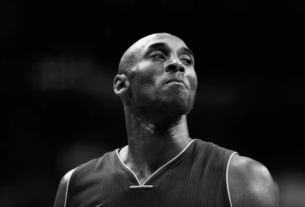