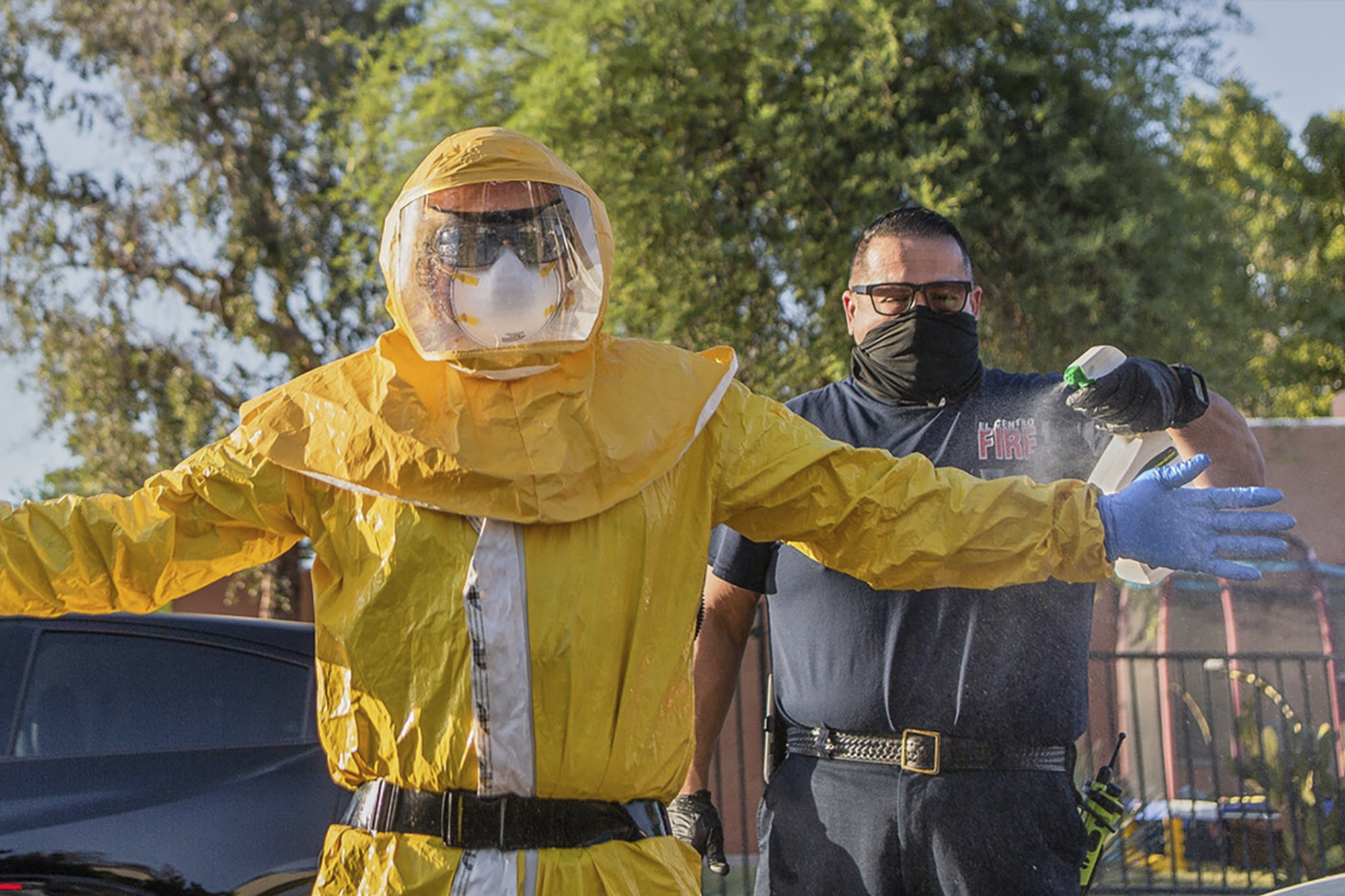 People who live near the dying lake are caught in a perfect storm of environmental neglect, poverty, and Covid-19.

When Alexis Rodriguez laughs too hard, she sometimes gets such a bad cough that she needs to use her inhaler. It’s been this way for the 29-year-old since she was first diagnosed with asthma as a child. Her symptoms typically rear up in the spring, when the high desert around California’s Salton Sea starts to warm, and the dust begins to blow.

But Covid-19 was something else.

“This is probably the worst breathing issue that I’ve ever had,” Rodriguez said. The virus spread to her lungs and caused pneumonia, which sent her to the hospital. “It’s like you’re just struggling so bad. Just to get a good full breath of air.”

Covid-19 hit her family this June, spreading quickly from her older brother, to her sister and her young child, to her dad and then finally to Rodriguez. She got the worst of it.

Alexis Rodriguez, right, with the printed mask, and her family members, all of whom contracted Covid-19, at their home in El Centro, Calif., on July 10, 2020.

Photo: Alex Welsh for The Intercept

Respiratory illnesses are no stranger to the Latino communities who live around California’s largest lake, the Salton Sea. Asthma rates here are some of the highest in California, with air quality routinely failing to meet federal and state standards. Thanks in part to the state’s omnipresent water wars, the water in this desolate, former vacation destination is rapidly drying up, salinating the lake, and releasing decades-old contaminants into the air.

The community already beset by an environmental disaster is now facing a pandemic of the worst proportions. Residents and activists, who have long fought for more funding and pollution mitigation, say the area was already at a steep disadvantage for health care. Now the largely agrarian community has found itself in the middle of a perfect storm of environmental neglect, poverty, and the coronavirus.

As Covid-19 cases resurge across the U.S., the numbers have been stark in the Golden State. Heralded for fast-moving lockdowns that helped thwart maxed-out hospitals at the beginning of the crisis, California is now breaking single-day case records.

The communities near the Salton Sea are some of the state’s hardest hit. To the north, the Eastern Coachella Valley has the largest number of coronavirus cases and deaths of any of Riverside County’s districts — and Riverside has the second highest number of Covid-19 cases in the state, aside from Los Angeles. Across the lake to the south, adjacent Imperial County has also emerged as a Covid-19 hotspot, with the highest death rate in California. The main hospital there is so overrun, they’ve turned to using portable military-style tents in the triple-digit heat. Nearly all admitted patients are suffering from Covid-19.“Covid is a leech. It thrives in these conditions, that’s why you’ve seen the spike here.”

“Covid is a leech. It thrives in these conditions, that’s why you’ve seen the spike here,” said Luis Olmedo, executive director of Comite Civico del Valle, a veteran environmental justice group based in Imperial Valley. “We experience it everyday. People are dying, getting sick, and having permanent scarring.”

OASIS AND MECCA, two of the gritty towns that dot the receding banks of the Salton Sea, were once aptly named. Created by accident in 1905 after a failed levee dumped fresh water from the Colorado River into the formerly bone-dry basin, the sea was a true desert wonder. In the mid-20th century, it became a family resort, appealing to residents looking for a break from the hustle of Los Angeles, a three-hour drive to the West. Vacationers came for water sports and to fish the stocked corvina.

In the 1970s, there was a dramatic shift. Runoff from neighboring farmland that flowed untreated into the sea, paired with swiftly salinating waters due to limited new water supply, led to mass fish die-offs. Algae in the lake, feeding off the decay, turned the water freakish shades of green and red. Then a pungent smell began.

But nothing exacerbated the issue more than the 2003 approval of a multimillion-dollar transfer of water to San Diego: the largest farm-to-urban water agreement in U.S. history. It diverted water from the Colorado River that was previously available for use in the valley, dwindling runoff to the lake. Critics say the benefits from the deal haven’t trickled down. The water barons in the region — the wealthy farmers who hold original water claims in the valley — were equally opposed to the transfer. About 500 farms control the rights to nearly 3.1 million acre-feet a year of water from the Colorado River. Contrastingly, nearly a quarter of Imperial County lives in poverty. Per capita income from 2018 was approximately $17,500, according to the latest census figures.

Many Imperial Valley residents are tied to a massive agriculture sector that’s responsible for producing the majority of the U.S’s winter crops.

“I like to call it the last plantation. You have enormously wealthy white farmers and you have really poor people,” said Malissa McKeith, a lawyer at the nonprofit advocacy group Citizens United for Resources and the Environment. She fought for years against the water transfer agreement, pushing for at least a quarter billion dollars to be set aside to build hospitals and increase medical services for future environmental impacts on residents, to no avail.Join Our NewsletterOriginal reporting. Fearless journalism. Delivered to you.I’m in

The water loss, now exacerbated by increasingly warm temperatures due to climate change, has all but determined the Salton Sea’s destiny. It will keep shrinking, and the toxic dust laced with arsenic and fertilizer will be more and more exposed. The lake has already retreated a football field’s length in parts, revealing crumbling banks made of petrified barnacles and dead fish exoskeletons. It’s littered with dead birds, recognizable only by their residual feathers.

For McKeith, it’s unsurprising how hard Covid-19 has hit the community, considering the particulate matter that continues to blow from the sea.

“You’re starting out with people who have such compromised respiratory systems,” she said. “This situation may finally wake people up to the environmental Chernobyl they created, by allowing so much water to go to rich communities without addressing the Salton Sea.”

Nearly 50 percent of Riverside County and 84 percent of Imperial County are Hispanic, according to state and census estimates. Many Latino communities in the counties lack access to basic health care and have health conditions such as asthma, hypertension, diabetes, and obesity. Families frequently live together in multigenerational homes. Many also work in essential jobs as farm pickers, prison workers, and nurses. Most can’t afford to take sick leave, let alone move elsewhere.

Anna Rosas, 34, a registered nurses assistant who works the night shift at the El Centro Regional Medical Center in Imperial, feels pangs of guilt over the death of her husband (and high school sweetheart) Luis Rosas.

“I can’t help, you know, to maybe feel that it was my fault,” she said.

As a health care professional for the past 13 years, Rosas had a heightened awareness of Covid-19’s spread in her community. She washed her hands, wore masks, and limited her outings. “My husband would make fun of it. He would be like, ‘Oh, well, when you come home from work, I’m gonna have to hose you down,’” she said.

But by the time she joined her sister-in-law’s Mother’s Day celebration on May 10, along with six other close family members, she was feeling ill.

When Rosas later tested positive, she isolated herself in her home, pushing Luis and their 8-year-old son to move in with his sister, who at the time was living with her girlfriend, her parents, and her brother in a three-bedroom apartment. Within a week, nearly the entire family had symptoms.

While Rosas was able to avoid the hospital, her sister-in-law and mother-in-law were later admitted and intubated. Rosas’s 33-year-old brother-in-law died at home. After three weeks in the ICU, her husband also passed away. He was 37 years old. Her husband had weight and heart issues, as did other members of his family.

“I wish I would have definitely isolated myself, coming to work and not coming home. Because, me being a worker at the hospital, I wish I really definitely would have done that,” Rosas said. “It’s hard though. I’ve never been separated from my husband in my life.”

“RIVERSIDE COUNTY ONLY knows the Eastern Coachella Valley exists because it’s on a map,” said Maria Pozar, a stay-at-home mother in the tight-knit unincorporated community of North Shore. Located just off the banks of the Sea, the neighborhood consists largely of mobile homes. At least 84 people there have contracted Covid-19.

Pozar is considered the unofficial mayor of the town, a role she stepped into when mothers at the sewing classes she taught began voicing concerns about their kids’ frequent nosebleeds — attributable to the sea. Now she’s concerned about the increase in Covid-19 cases, which she blames on the county’s decision to reopen too early. Riverside County voted unanimously on May 12 to approve a plan for reopening businesses, despite evidence of growing cases in the Eastern Coachella Valley. Two weeks later, cases more than tripled. Imperial County similarly moved to reopen in early June, despite having the highest rate of Covid-19 cases in the state at the time.“We don’t know what’s under the sea. What we do know, is we don’t want it exposed.”

The virus’s attack on the southern California desert communities has rubbed salt in festering wounds of inequality.

“The government has a responsibility to take care of everyone,” said Olmedo of Comite Civico del Valle, who grew up in Imperial Valley. “We need to be able to stabilize the exposed area [around the sea]. We’re not talking about natural dust from undisturbed areas. This has been a sump for industrial waste, and municipal waste. There’s no way to sugarcoat this. It’s been a site for a military proving ground. We don’t know what’s under the sea. What we do know, is we don’t want it exposed.”

Gov. Gavin Newsom visited the Salton Sea area in 2018, agreeing that the region was at its “tipping point.” In June, the state legislature appropriated $47 million to help the Salton Sea. Some, including Olmedo, view the moment with a glimmer of hope.

In order for residents to survive amongst the bleak dregs of the lake, Olmedo said he and others must let go of past resentments, accept that the water has been sold, and focus on mitigating the two main crises now facing the region: climate change and Covid-19. That means working in tandem with some of the government officials that locals have long felt were against them, being viewed as laborers and little more.

“We have a 100-year-old playbook here where the pioneers came here and they ‘found’ Imperial. Clearly those of us who are Latino, Mexicano, and Native American, we never really had any power. It was stripped away from us. So we have these carried-over sentiments. But now we have these bigger issues that affect everyone,” Olmedo said. “This crisis that is here, is in the center of our community and nothing else matters.” 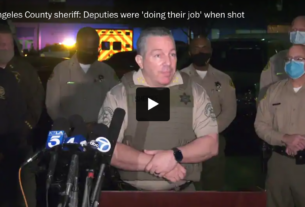 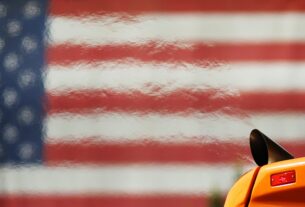