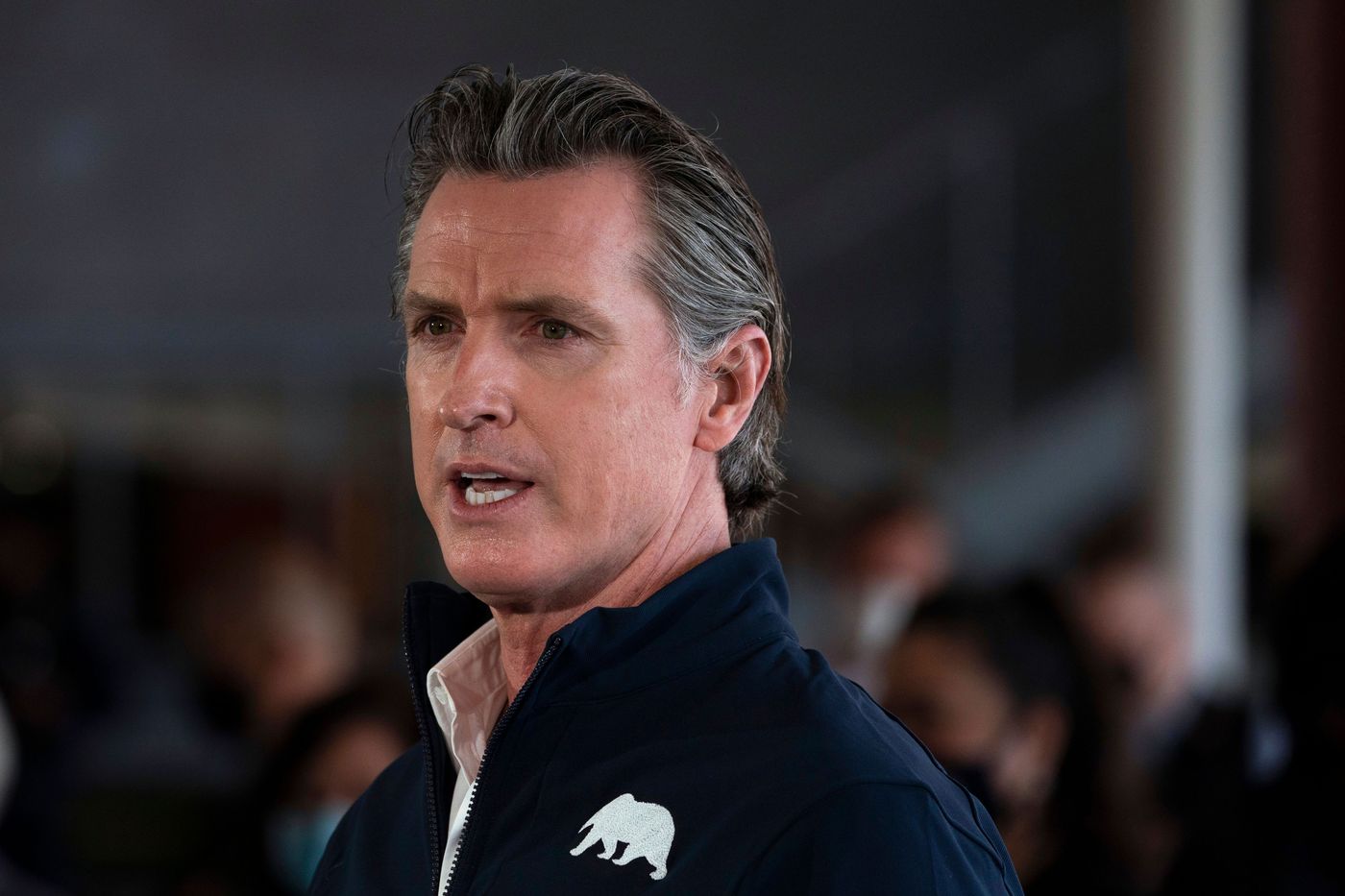 There’s only one other person who knows what it’s like to be in Gavin Newsom’s shoes.

“I don’t have old wounds,” said Gray Davis speaking from his Beverly Hills home, but “it’s sort of an annoyance to have to think back to something that was not my fondest moment.”

Recall efforts like the one facing Newsom are common in California — Ronald Reagan had three — but only one has previously made it to the ballot: Davis was the first governor in the state’s history to be recalled by voters when they removed him from office in favor of Arnold Swarzenegger in 2003.

It was something between a “circus” and a “crapshoot,” Davis, 73, said, with hundreds of candidates, including child actor Gary Coleman and Arianna Huffington. “I lived in West Hollywood in those days, and I was going to a voting place there, and who’s coming in at the same time in his wheelchair? Larry Flynt. He’s on the ballot. He says, ‘Good luck today, Governor.’ I said, ‘Good luck to you, Mr. Flynt, after you.’”

It looks more than likely that Newsom will also face a recall vote if organizers who are submitting the signatures this week get 1.5 million valid autographs to put the issue on the ballot this fall. The comparisons are inevitable given Newsom and Davis, both Democrats, have been hounded for their handling of crises during their tenure.

For Davis, it was energy. He first came into the governor’s office after a landslide victory in 1998, but won narrowly in 2002 with a less than 30 percent approval rating after large-scale rolling blackouts, the collapse of one of the country’s largest energy companies, and costly consumer electric bills under his watch. A recall effort started soon after his reelection.

For Newsom, it’s the ongoing pandemic, which has killed more people in California than any other state. The effort to recall him was at first tiny, but then COVID-19 occurred, as well as a series of missteps by Newsom. First there was the yo-yo of lockdowns that drew backlash from church leaders, gymgoers, and restaurant owners up and down the state. Then news came out that the state had accidentally paid at least $400 million in fraudulent claims to convicted criminals who were actively serving time. But what enraged locals the most was a lavish and maskless business dinner the governor attended in November at Napa Valley’s famed restaurant the French Laundry — days after he warned against indoor gatherings. There were just 55,588 signatures on hand to force a recall onto the ballot when Newsom stepped into the restaurant, but a month later, the figure had ballooned to nearly a half a million.

Davis said it was much harder to both understand and explain the energy crisis to Californians than it has been for Newsom with COVID-19.

“This situation is 100 percent different,” said Davis. “Everyone knows about the pandemic affecting everyone’s life in California. They know it’s the reason they lost their job, that they can’t pay their rent, that the kids can’t get to go to school. They know that as soon as they can get vaccinated, things will get better and they can get back to normal.”

“I had a communication problem. I just couldn’t find a way to get ratepayers to get energized about this,” he said. “[Newsom] does have control of the narrative, and he’s believable. I wasn’t because people didn’t understand what I was talking about … I couldn’t figure out a way to solve the problem, and that’s on me.”

Davis said people should be willing to forgive Newsom for the French Laundry incident. “You get one pass,” he said. “The governor fessed up immediately and said he didn’t do the right thing. “It’s not like he was found doing it a second time. It was just very bad; you have to practice what you preach.”

Newsom has advantages that Davis lacked. For one, Newsom has no big-name opponent. “I was running against a global celebrity,” said Davis of Schwarzenegger, who at the time had just finished up a two-year press tour promoting Terminator 3.

The names being floated to challenge Newsom include his former opponent, businessman John Cox, whom Newsom beat in 2018 by 24 points, and former San Diego mayor Kevin Faulconer. (Conservative personality Mike Cernovich announced his run, and Donald Trump’s former intelligence chief Richard Grenell has hinted at entering.) Davis dismissed the relative unknowns: “You can’t beat someone with no one.”

The bigger danger to Newsom might come from the left.

“I mean, he is no favorite of the progressives that are activists within the party. I think progressives will see an opportunity to win the governor’s office, which otherwise would be more difficult,” said Rob Stutzman, Schwarzenegger’s former deputy chief of staff. “If there’s a recall, I think it’s increasingly likely there’s a progressive challenge to him. Even in 2002 there was one with Dianne Feinstein and her last election with Kevin de Leon.”

So far, though, Newsom has lacked any left-leaning challengers and Democrats are vocally supporting him, including through a blitz of tweets this week from Stacey Abrams and Senators Elizabeth Warren and Cory Booker. Newsom is also more popular than Davis was during a similar point in time: Newsom’s approval rating was 52 percent in a February poll compared to Davis’s 28 percent during the same period. Newsom was also already gearing up for a reelection race to begin in 2022, unlike Davis — the likely recall simply moves up the timeline for him.

There is no primary in California’s recall to whittle down the playing field, just a two-part question: Should the sitting governor be recalled? If so, who should replace him?

“You’re running against yourself,” said Garry South, Davis’s former campaign manager. “You don’t have to win a majority of the vote. It’s whoever gets more votes than anyone else, whoever the plurality winner is … that person becomes the governor, which is what happened with Arnold. He got 49 percent of the vote.”

Another difference is the amount of money aimed at Newsom. In 2003, the recall effort got a huge surge from Representative Darrell Issa (a Republican), who chipped in $1.3 million of his own fortune to recall Davis. “After Darell Issa put in a million and a half dollars, I realized this election was going to be on the ballot and then I realized all I could do was really continue to do my job, I didn’t really campaign at all,” he said. So far there have been no major Republican bankrollers against Newsom. The two main political-action groups pushing the recall estimated they’ve raised a total of $3.5 million. It’s a number strategists say must be higher to be successful, given the enormous cost of running television ads in the county’s biggest state.

Unlike Davis, Newsom instead is already showing signs that he’s ready for the challenge: He launched a PAC this week to raise money for the likely race. Newsom also started privately polling the issue back in January, according to a source with knowledge.“I tend to believe if it qualifies for the ballot, he’s probably in deep trouble,” said Stutzman. “But if he beats it back, then he’s probably looking fairly bulletproof … He’d be less vulnerable next year.”

Davis does worry that the current recall effort will pull Newsom’s attention away from what he said is the most pressing issue facing the state: getting shots in people’s arms. And it’s an issue that’s taken up a lot of Newsom’s time recently, as the state’s vaccine rollout has been mired with issues from confusing vaccine-eligibility tier systems that varied county by county to unreliable, glitch-riddled vaccine-scheduling software purchased for millions by the state. Nevertheless, the effort is making headway with 21 percent of the population estimated to have received at least the first dose of the vaccine.

That’s the issue he says Newsom should focus on. “The vaccine is the only good news in this story,” Davis said. “If we get people vaccinated by mid- to late summer, this story will end well.” 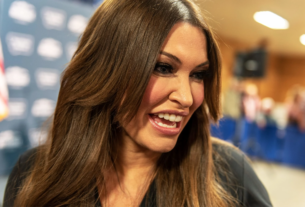 The Time Kimberly Guilfoyle Got COVID-19—and Montana Heard Nothing 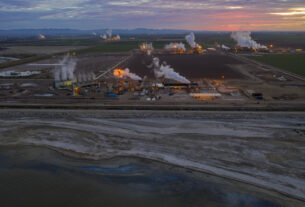